I also have a new house to make things more comfortable. It’s literally a house with a driveway, garden, balconies, and two stories. The whole building is owned by my new landlords Astrit and Shaze but they lived upstairs so that I could move in early. They have moved back to Greece now. It has a flat screen TV in the living room, a very large kitchen with a nice stove and two refrigerators, and two bedrooms. It’s really the posh corps. No, I won’t have internet any longer so I’ll be reading much more. No, I won’t be in a dense community with a neighbor to always lean on but I’ve tried that and we can see how well it went.
I’ll be living a much more solitary life, in my big comfortable home on the edge of town. I’m finally getting it now with PC and I’m going to scale back my dreams and ideas to negotiable activities. Slowly I’m going to start making the next step and get to applying for jobs, considering grad schools, and possibly studying for the GRE.
Things were always going to work out but this situation was really one of the lowest points of my service. The lowest points of course only make the highest points all that much more important but are just as necessary to tell. 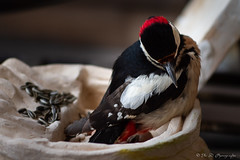